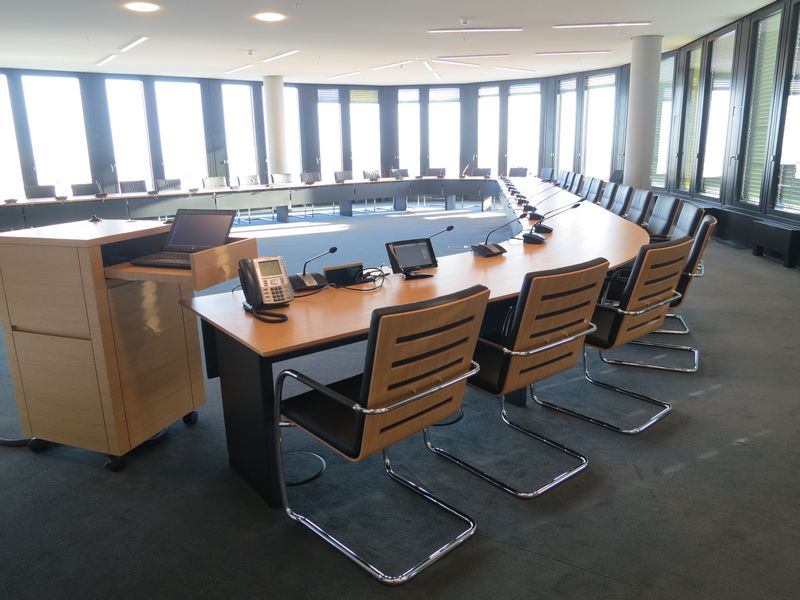 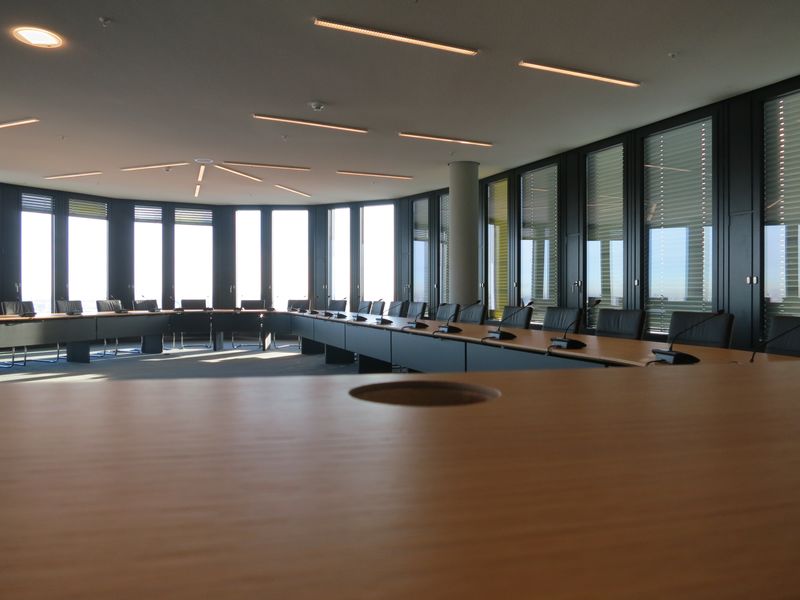 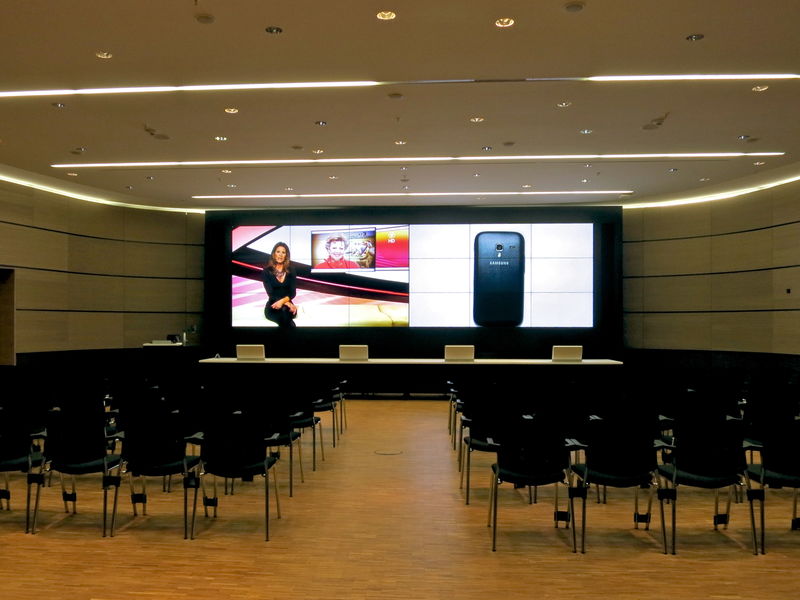 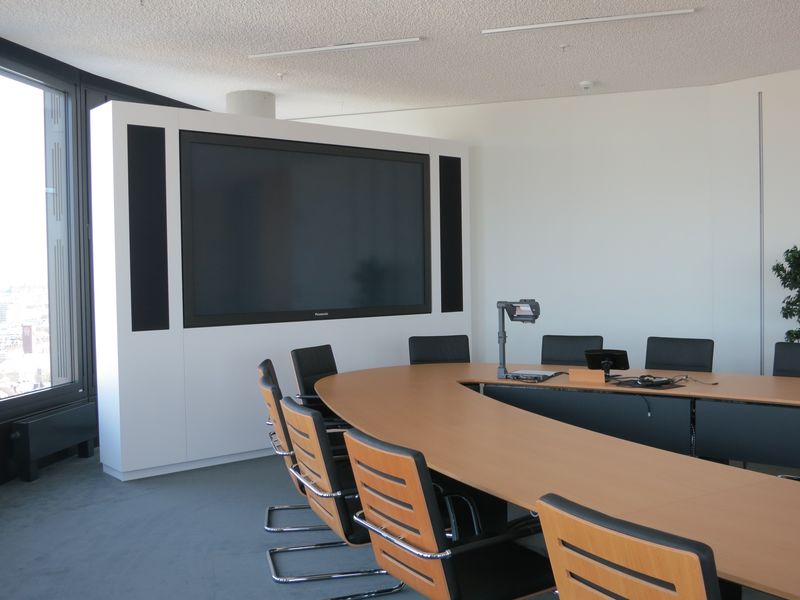 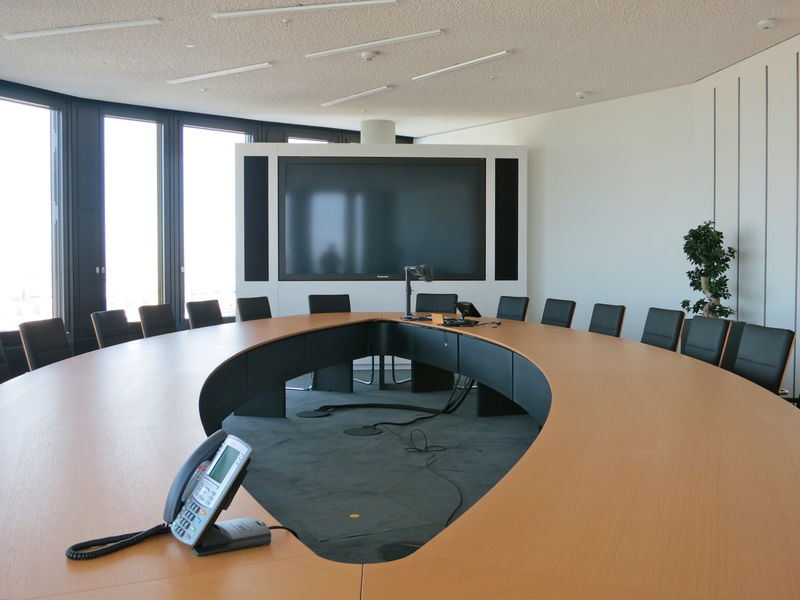 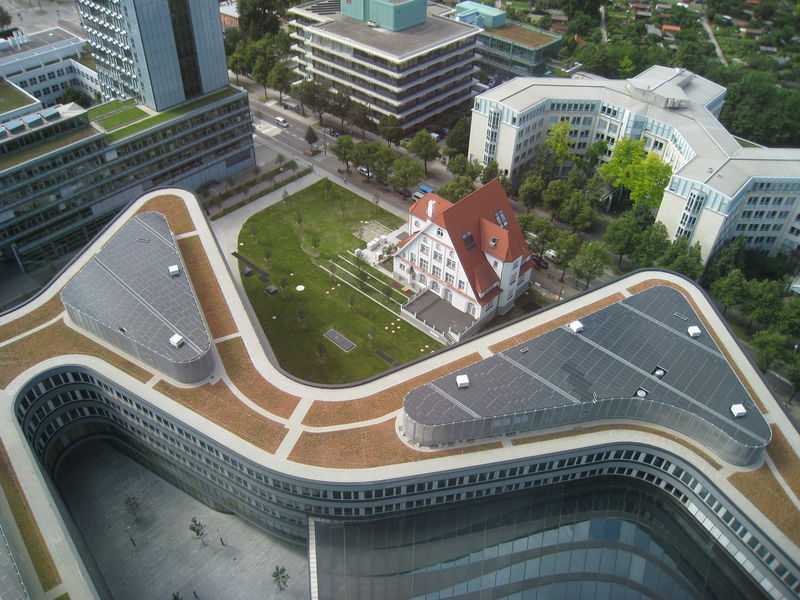 The ADAC headquarters in Munich, inaugurated in 2012, brings all seven Munich locations, employing 2400 people, under one roof. A comprehensive media technology installation was needed for the totally redesigned offices and the numerous presentation and meeting rooms. BFE took on the lead role in integrating the audio/video and media technology.

BFE assumed the planning and conversion of the media technology equipment for all the suitable facilities. The task involved equipping 36 meeting rooms, 6 boardrooms, 1 lecture hall, 1 VC room and 40 discussion areas. In addition, BFE was tasked with ongoing maintenance.

All conference and meeting rooms were standardized as far as possible. Care was taken to ensure that all rooms could be centrally managed and analyzed in order to reduce the administrative load. To do so, a consistent and comprehensive operating concept was developed. The individual rooms were equipped with video walls, monitors and audio systems in a range of sizes. Stands and frames individually manufactured by BFE were used for assembly.

The majority of the A/V setup and control was carried out from the IT department at ADAC management. Further remote support was provided by an off-site helpdesk.