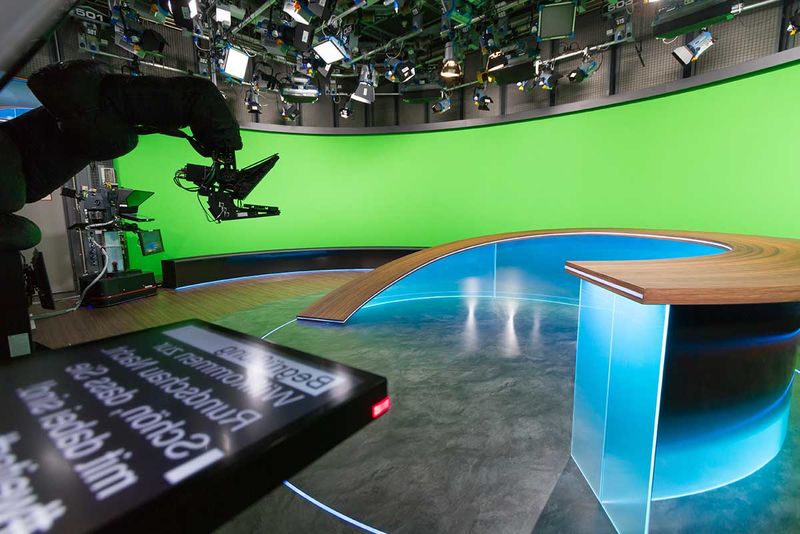 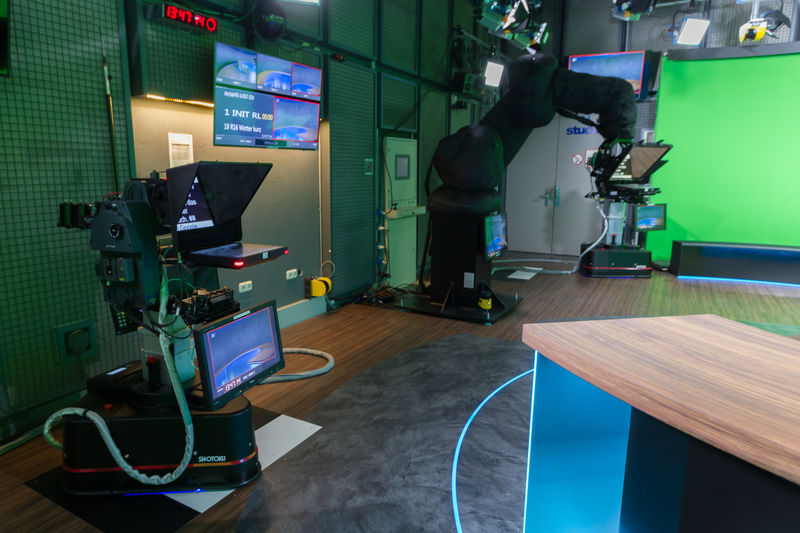 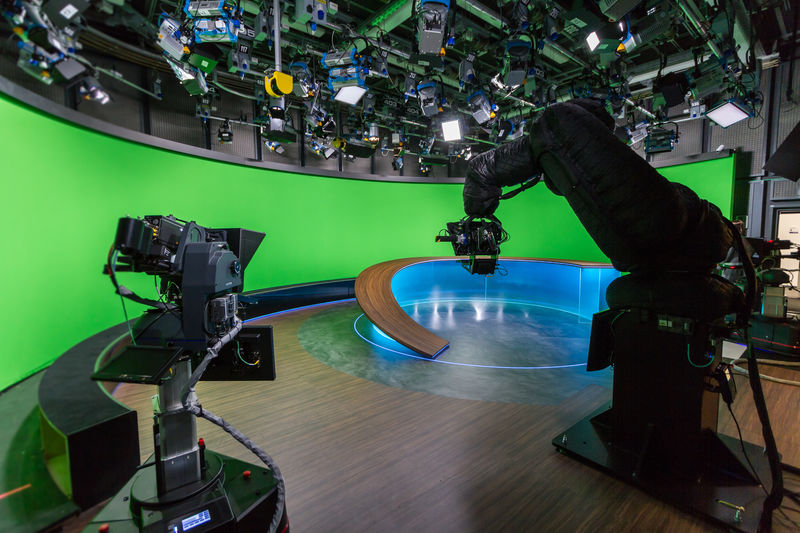 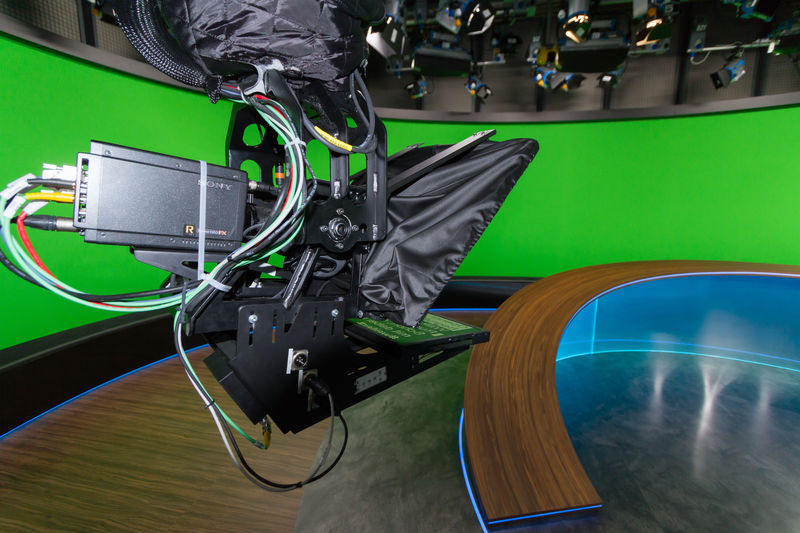 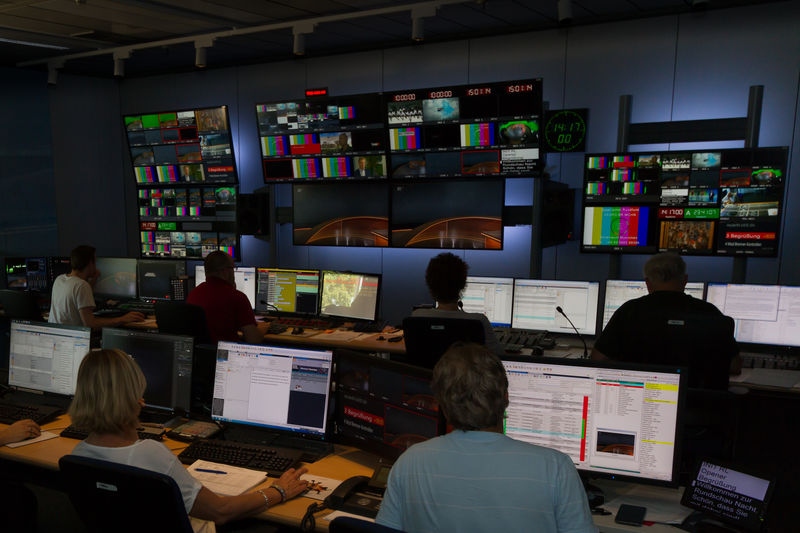 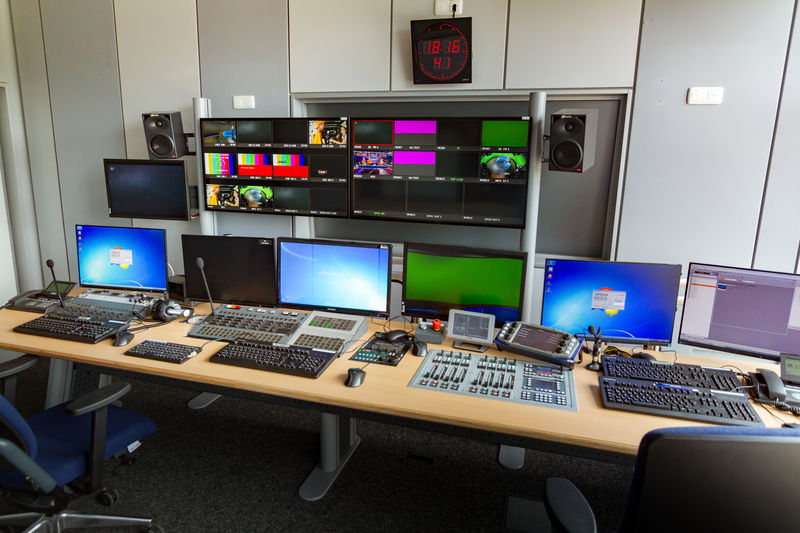 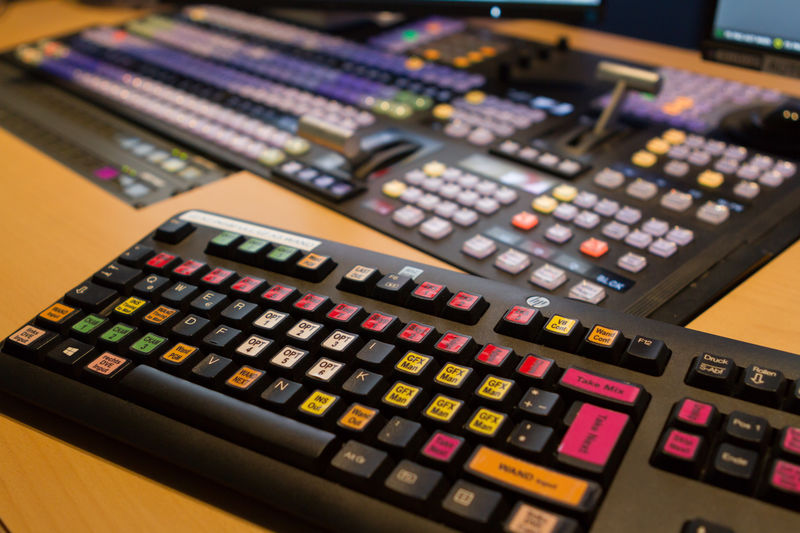 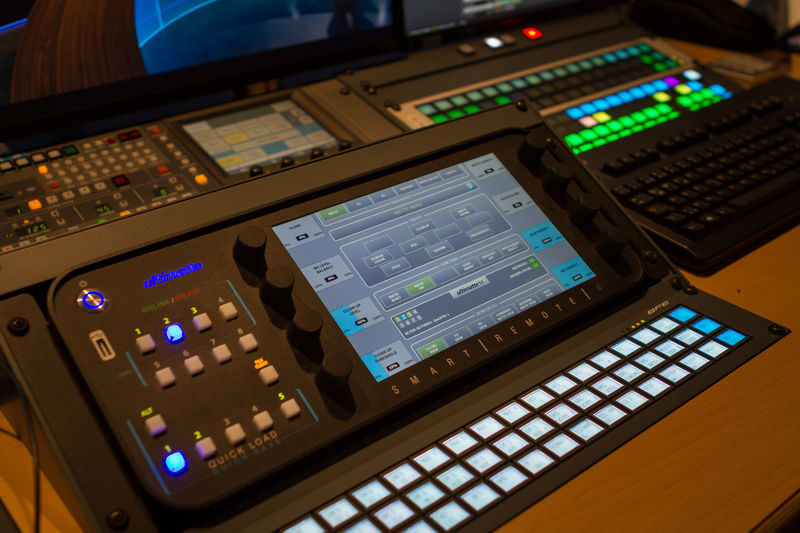 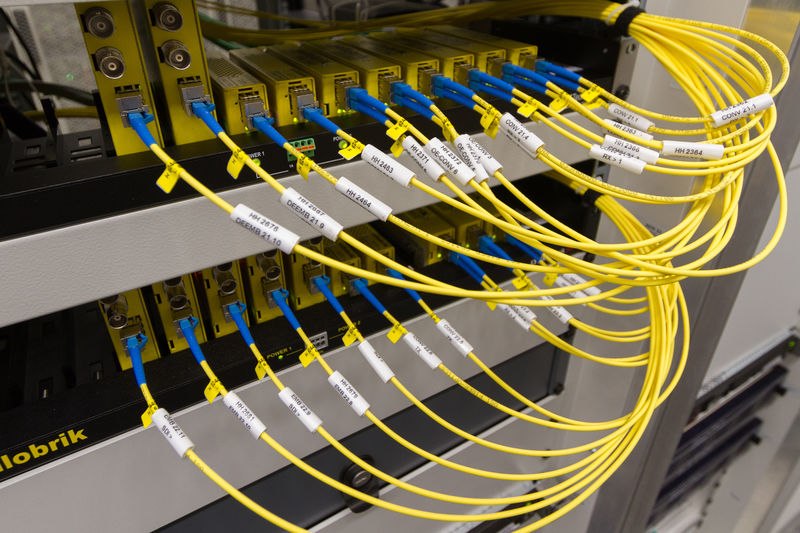 Bayerischer Rundfunk (BR) is a public-service broadcaster located in the Free State of Bavaria, with its headquarters in Munich. The BR has been an active public-service broadcaster in Bavaria since 1949, and is a member of the ARD (Arbeitsgemeinschaft der öffentlich-rechtlichen Rundfunkanstalten der Bundesrepublik Deutschland — Consortium of public broadcasters in Germany). When the project began, the broadcasting technology in studio FM2 had already been in operation for 16 years. The increased tri-medial orientation of BR and the integration of real-time graphics, studio automation, online content and social media, as well as high demand for hardware and software, required an innovative and holistic concept.

In its capacity as the general contractor, BFE was responsible for the planning, installation and initial startup of the project. The aim was to completely revise the audio and video technology in Studio FM2, which is mainly used to air the Rundschau news program live for 365 days of the year, and to significantly expand the studio's range of functions. In particular, this included the design and implementation of new, more efficient workflows and thus more economical production of broadcast content.

All of the audio and video technology was completely redesigned and replaced with state-of-the-art technology to enable the use of HD capability, virtual real-time graphics, studio automation systems and camera robotics. Further online and social media technologies were also integrated.

The virtual system (Vizrt real-time graphics) is as much a part of the new studio concept as the Viz Mosart studio automation and VR camera robots and tripods from Shotoku and Camerobot.

In addition to standard IT components, hardware extensions specifically designed to support real-time graphics and production automation systems (Matrox, Nvidia, Moxa) were also used as the basis for the network and hardware. The clients for the editorial system come from HP, and Dell workstations and HP servers were used as the platform for the Vizrt real-time graphics and the Viz Mosart automation system. All servers and clients can be operated via a Guntermann & Drunck KVM matrices.

Pictures and tracking data for the virtual scenes of real-time graphics are delivered by two remote-controlled Shotoku tripods and a Camerobot camera robot. The real-time renderers use the pictures and data to generate a background image, which is then merged with the respective camera image using three Ultimatte chroma keyers and displayed on the image mixer as a virtual camera image. The studio automation system changes playlists using the OpenMedia editorial system, which is also integrated into the overall system and controls the various connected devices using presets.

The broadcast infrastructure is composed of Lynx and StageTec products and includes a Grass Valley video router, a Sony image mixer and audio components from StageTec, among others. Eyevis monitors and measuring devices from Tektronix, RTW and Wohler are used for monitoring.

The broadcast furniture (tables and monitor stacks) in the control rooms comes from BFE's "New Line" series and was planned, designed and manufactured at the BFE headquarters in Germany.

An interface to the existing central ADC automation system was added to the Viz Mosart studio automation system. Using this interface, the control room can play FM2 clips from the central Nexio video server pool.

Switching functions as well as tally signaling, label transfer, GPIO management and logical links are controlled via BFE's own KSC CORE broadcast control system. BR staff can use the system either via traditional hardware panels or via the user interface in the KSC CORE software.

A sub-control-room was constructed parallel to FM2 for managing a web channel, outside broadcasts and breaking news. The sub-control-room can use the FM2 or FM5 studio space. The core component is the Viz Opus "studio-in-a-box" system, which combines real-time graphics and studio automation in the same hardware and uses the central components from FM2. The rundown interchangeability with all subsystems was very highly valued, and Vizrt Showmaker was integrated to enable independent creation of the rundown even without connection to the editorial system.

The Viz Social TV solution "Feed Streamer" was supplied as a supplement and additional feature. Bayerischer Rundfunk is thus able to integrate feeds from various platforms such as Twitter, Facebook, Instagram, Flickr, Picasa, YouTube, RSS/Atom feeds or JSON/XML into the news, triggered by the studio automation system. Skype and VidiGo systems are also used.