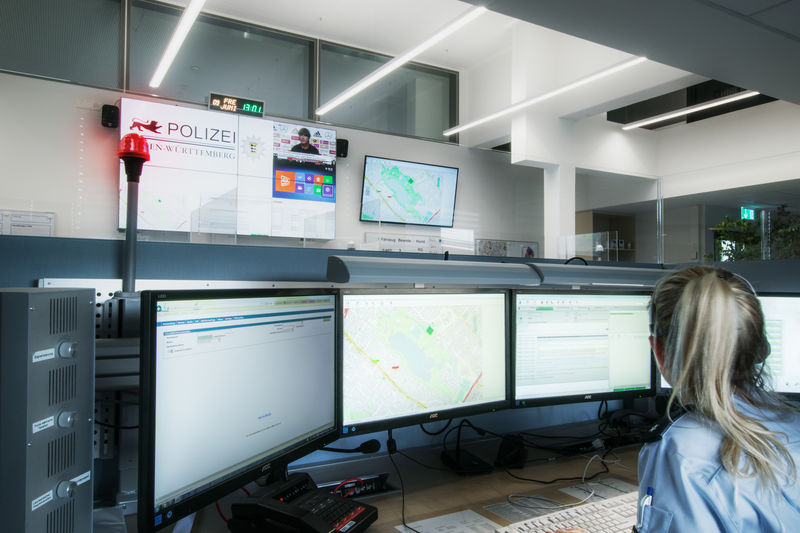 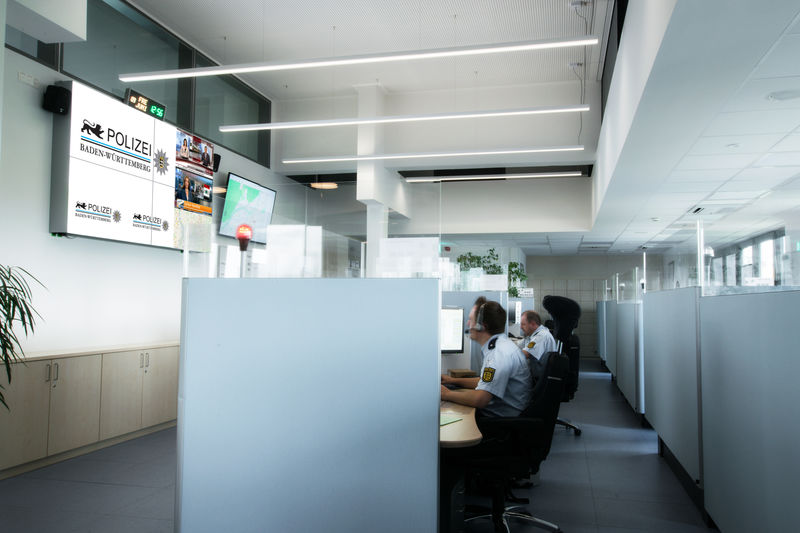 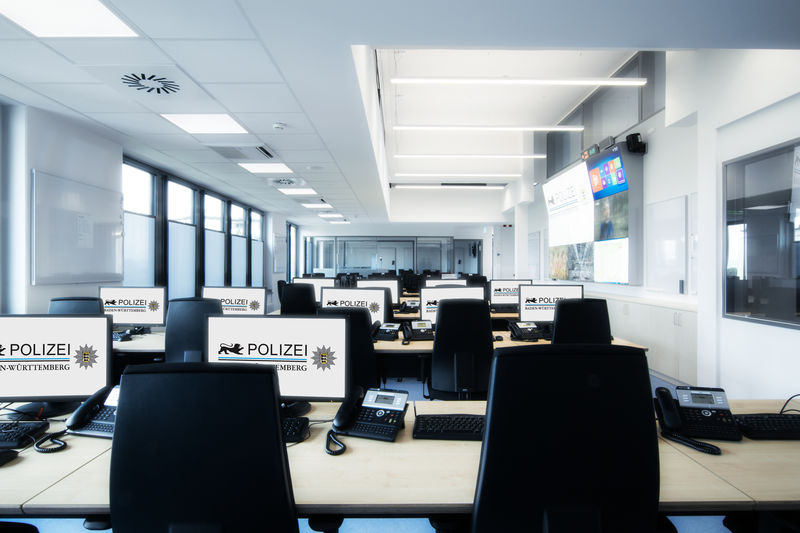 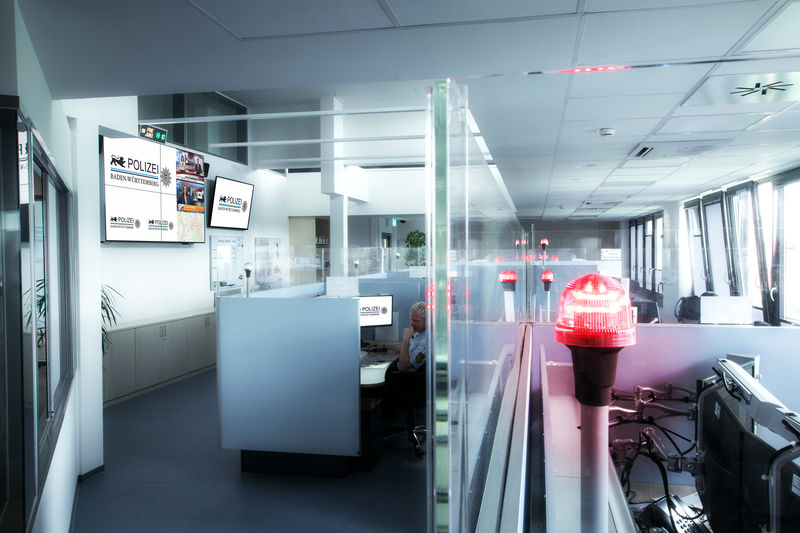 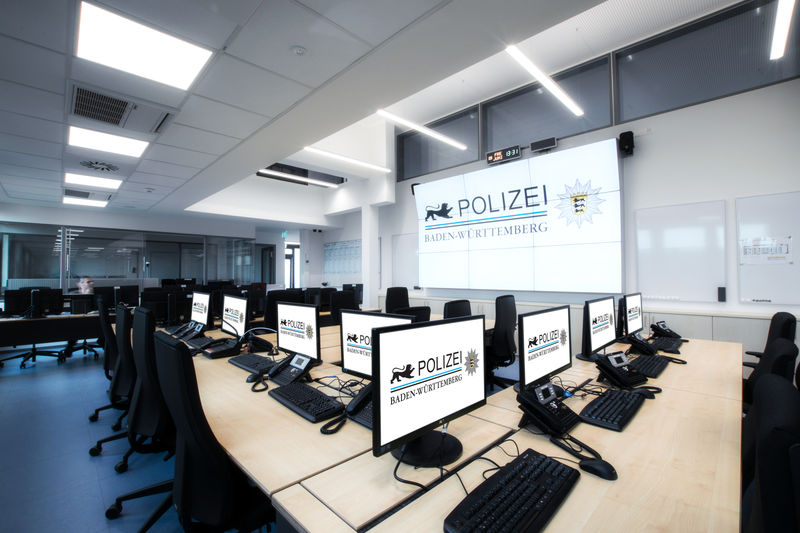 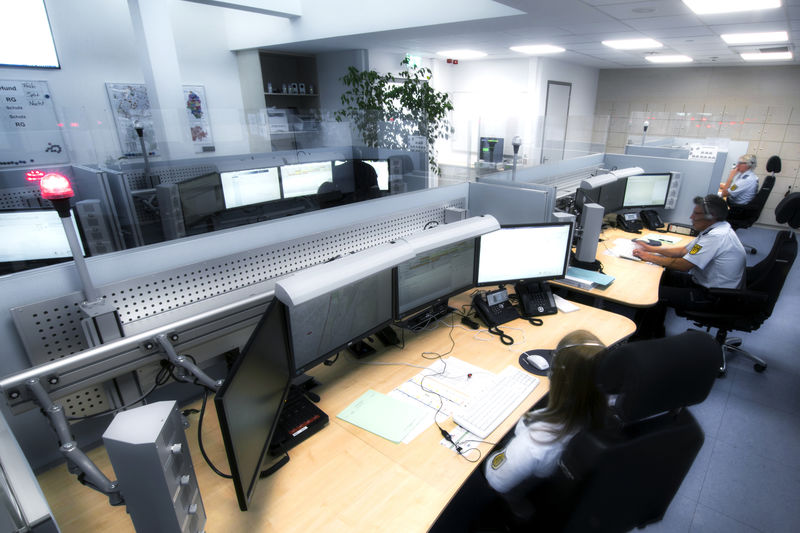 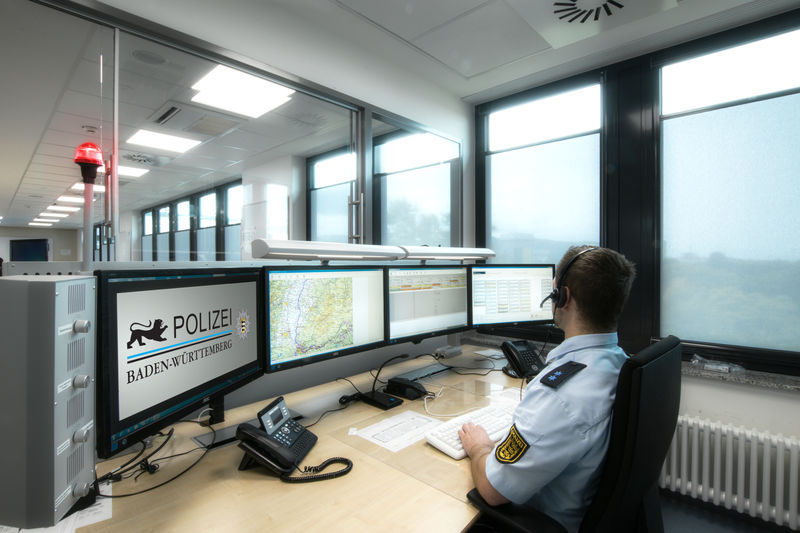 In the course of restructuring reforms in the Baden-Wuerttemberg state police force, the police stations are being reorganized and state troopers are re-equipped. This includes new visualization technology for 13 command & situation centers, one center for training, testing & contingencies as well as the state office of criminal investigations.

In the command & situation centers, several rooms are in focus:

By using an integrated and standardized visualization system, distribution of all information can be optimized and the efficiency of the police force to handle day-to-day operations as well as crisis situations can be improved further.

An audio/video matrix works at the heart of media distribution. The matrix consists of different interface modules that allow for an adaptation of the system to the different requirements of the police headquarters.

The matrix handles signals from different audio and video sources:

All signals can be switched to central monitor walls, interactive whiteboards or displays in conference rooms as needed. The entire infrastructure is designed to be in use 24/7 and all planning and implementation of the project is done with minimal impact on day-to-day operations.