KSC CORE is a highly available, adaptable control and monitoring system that allows for a fast and flexible control of entire broadcast chain for all areas of the broadcast world: planning, contribution, production, playout and distribution.

KSC Systems have taken care of intelligent broadcast control for more than 30 years. Talking native protocols to various manufacturers reduces the efforts on the manufacturer’s side and consequently enables the use of high-performance communication.

At the intelligent and robust core of a KSC System, redundant servers in a cluster with up to 20 physical or virtual machines form the basis for 24/7 fail-safe operation. Automatic or manual (initiated from any KSC Control Panel in the system) fail-over switching guarantees for highest safety.

As monitoring and control systems are growing increasingly inseparable, KSC CORE introduces SNMP monitoring capabilities to the control system infrastructure by using a dedicated server unit for independent surveillance of all system components.

When converting from serial control signals into the TCP/IP-world, KSC CORE relies on industry-standard components with a proven track record of hundreds of installations.

Is the KSC CORE software installed on the server unit and marks the basis for every KSC CORE control system. Depending on the area of application, the server software’s basic functionality can be further enhanced with KSC CORE Server Software Extensions, making your application your own.

Is the KSC CORE software running on a client workstation to setup and control KSC CORE. The client can also be tailored to your specific needs by various KSC CORE Client Software Extensions, such as the GFX Unit for easily designing functional GUIs, or Matrix View for matrix-based routing and real-time status information. 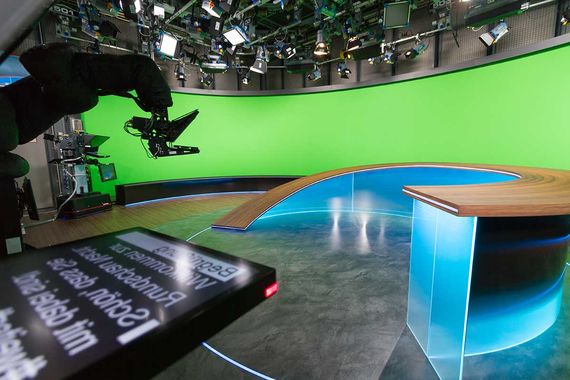 Bayerischer Rundfunk (BR) is a public-service broadcaster located in the Free State of Bavaria, with its headquarters in Munich.... 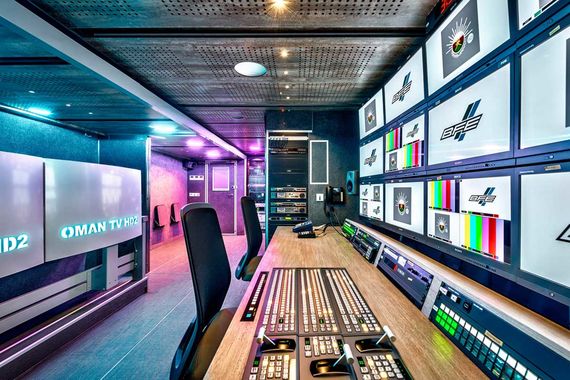 Oman TV is the national television channel broadcaster in the Sultanate of Oman. Based in Muscat and Salalah Oman TV is... 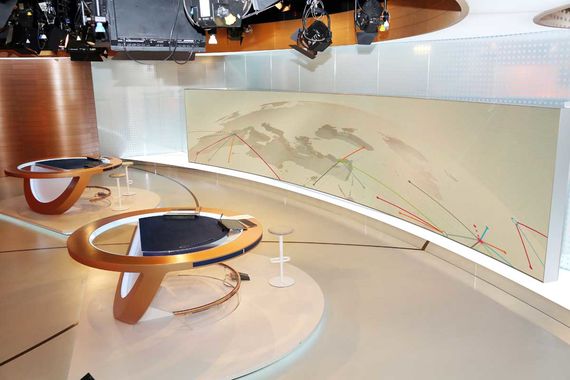 The broadcaster Deutsche Welle is the state overseas broadcasting service of the Federal Republic of Germany and a member of ARD.... 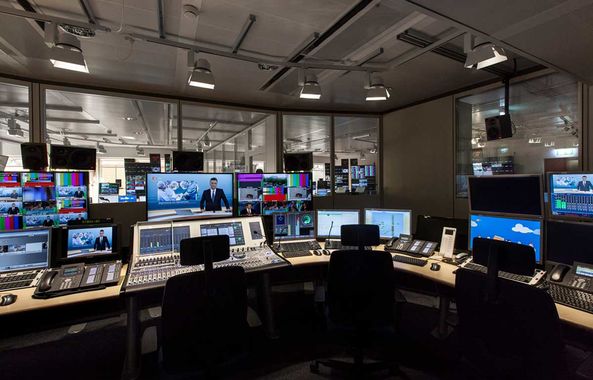 ZDF, with its headquarters in Mainz, is one of the largest public broadcasters in Europe. 3600 staff are employed in both Mainz... 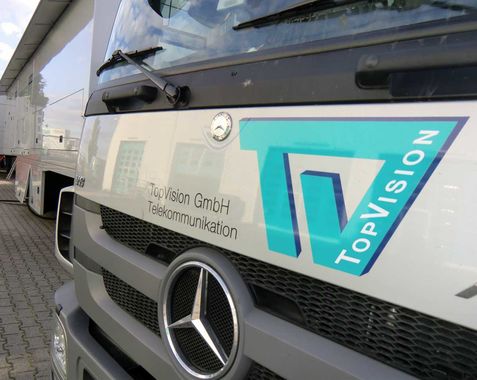 The Biggest in the Fleet

TopVision is one of Germany's biggest transmission vehicle service providers. Various projects have already been successfully... 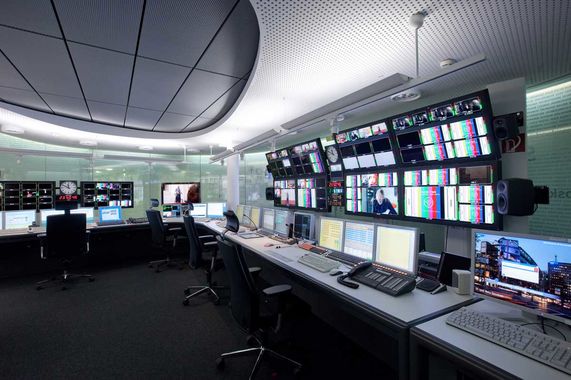 New Control Room and Cable Network for the WDR

The construction of a new television broadcasting center in the WDR "Rechtschule" building involved the replacement of the old TV... 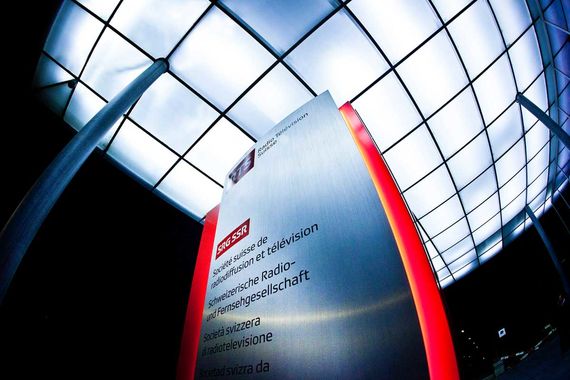 Radio Télévision Suisse is part of the SRG SSR Group, and the public broadcaster for the French-speaking area of Switzerland. RTS...

Rundfunk Berlin-Brandenburg began in 2003 as a local ARD station following a merger of SFB and ORB. More than 1,900 employees... 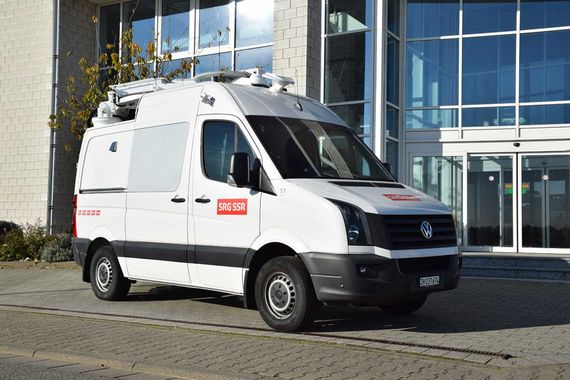 The Swiss radio and television corporation SRG/SSR is the largest electronic media company in Switzerland. An additional broadcast... 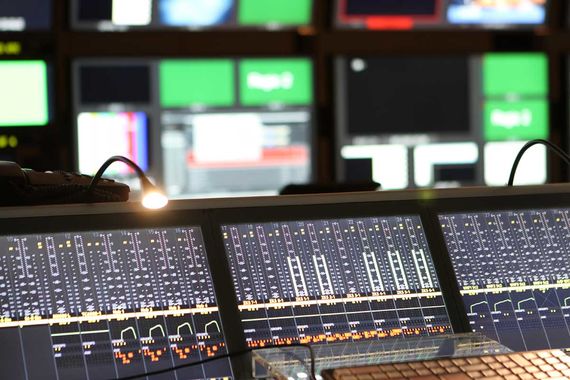 MDR, based in Leipzig, is a member of the ARD public service broadcasting organization. BFE had previously been tasked with the... 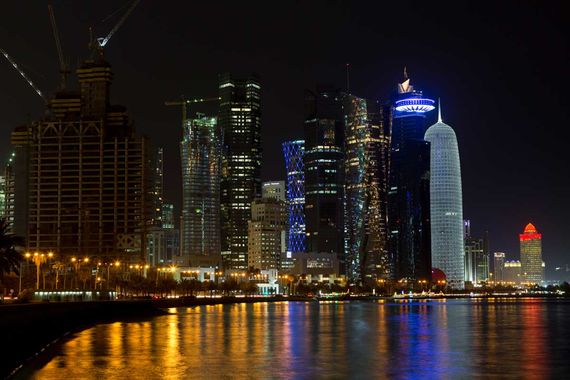 The ARD (Arbeitsgemeinschaft der öffentlich-rechtlichen Rundfunkanstalten Deutschlands or Association of the Public Broadcasting... 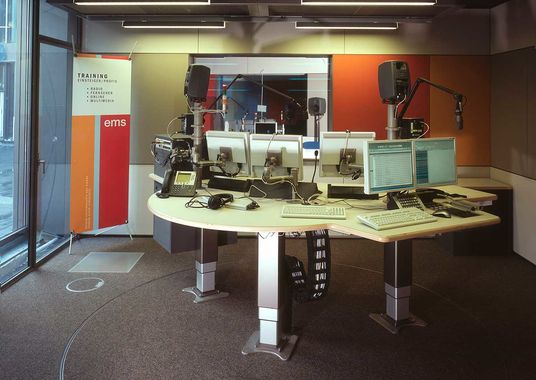 Performance Capability in the Smallest Space